At the beginning of January we launched a campaign on social media, offering up to five refurbished computers to local charities, groups or good causes who would benefit from the technology.
After a torrent of requests, Pendle Dogs in Need in Colne, was chosen as the beneficiary of two of the computers.

Paula Knowles, one of the founders of the charity, said: “The computers are going to really help us with our work”.
“We have to leave a paper trail for each dog we help, each dog we microchip, and each dog we rehome – that’s a lot of paperwork”!
“At the moment, the volunteers are having to fill out forms by hand and then when me or Sharon, the other founder, get a spare moment in between our full-time jobs, we are inputting the information into our own computers.”

One of the two new computers will be based at The Hub in Burnley Road, Colne, so details about the dogs can be keyed in directly. The other will be used at Sharon’s house.
Paula added: “The Hub has been without a computer now for around 3 months. It completely gave up”.
“We don’t have funding to spend on new computers because every penny goes on the dogs”.
“We have such great local support and we would like to thank P3 Computers for choosing us”.
“These two computers will be a lifeline to the charity and will help us to do our charity work more efficiently.”

Paula, who works full time as a nurse, said the charity has helped to rehome dogs from all over the country since it was established in 2013.
The dog’s stories range from abuse, abandonment, owners unable to look after them, and bereavement.

Jo Kinder, General Manager at P3 Computers, said: “We had five computers that we have refurbished and wanted them to go to a good cause locally”.
“As soon as we launched the campaign we were inundated by messages from supporters of Pendle Dogs in Need on Facebook and Twitter”.
“Having met some of the team and volunteers from the charity, I’m sure they will make good use of the computers and I hope they help the team to save even more dogs.”

Don’t Forget, P3 Computers still have three more computers it would like to give to a good cause.

If your charity, group or club would benefit from a computer then send them a message on Facebook or Twitter using the hashtag #P3Comps

Jo Kinder said: “For every new PC Tower that is purchased from P3 Computers to the value of £250 or more, we will give you £20 cashback. This offer does not include Laptops”.

“We will then either recycle your old unit or refurbish it if suitable. All refurbished units will then be donated to a good cause”. 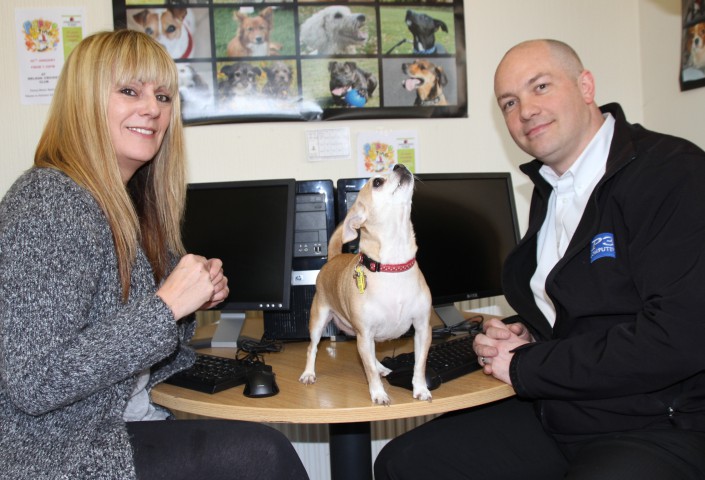