What is a gaming PC?

What is a gaming PC?

A gaming PC is just a PC really, with some higher-spec components and a dedicated graphics card. It is typically loaded up with the latest versions of Windows (for the most advanced graphics options) and has a games controller connected. But a gaming PC is also the start of a hobby that requires a reasonable investment.

Why PC and not a console?

The range of games on a PC is much greater and diverse than on a console. There are genres of games that just don’t work well on a console, such as theme park management simulators, strategy games, rail network simulators, city building games and so on.!  Some of the top titles games so called “Triple A” are occasionally released on consoles first, and then a few months later (two months or eighteen months later) the definitive, enhanced edition is released on PC with the most polished graphics, enhanced storyline and (sometimes unofficial) customisability you just don’t get on consoles (game modifying, or modding). Examples of this include the Grand Theft Auto series, Watchdog and the Batman Arkham series. PC games can have their graphics settings altered to match your hardware so whatever “rig” you opt for, they’ll all play the latest games to varying levels of graphic detail.  Also it seems that Console gamers play from the sofa, PC gamers play at a desk

It is rumoured that consoles are manufactured at a loss and the games are overpriced to recoup these losses. That which costs £50 on a console would cost £35 for PC, or maybe even £20 if you know where to shop. 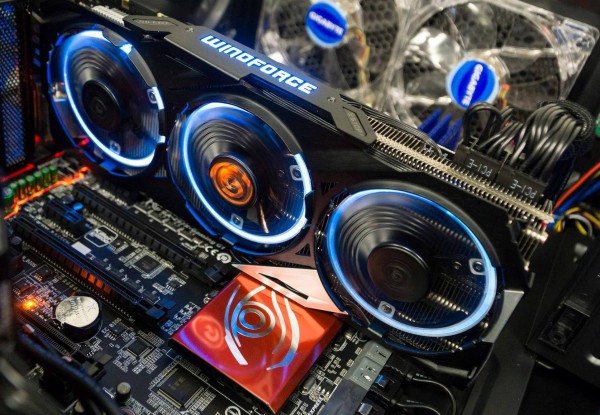 You could have a reasonable gaming PC for £649. This includes the Core i5 type processor, with 8GB of system RAM, a gaming graphics card, a Solid State Drive instead of a traditional hard drive, all the standard features and loaded with Windows 10 and Kaspersky Internet Security.

The latest Triple A games require more “oomph” and if you want the most advanced graphics and processing power then it would not be unreasonable to spend £1,000 on your rig with many options to spend a great deal more.  The sweet spot, with the most “bang for your buck” exists around the £1,000 mark. This is before you add keyboard, mouse, monitor, speakers and black leather reclining chair with cup-holder.

Lastly, if you want to play games online, you should connect to your router with a cable, or invest in the best wireless equipment – the wireless on the router from your internet provider will not suffice.

Should you have any questions, please feel free to get in touch.

You can find out more about which cookies we are using or switch them off in settings.